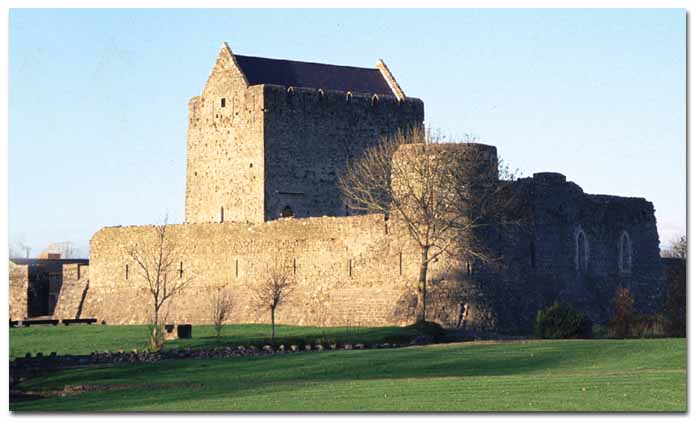 Athenry AC athlete Claire McNamara capped off an incredible schools athletics career with a win in the Senior Girls high jump at the Kit Kat Irish Schools T&F Championships in Tullamore on Saturday while representing Presentation College Athenry. Claire was the only athlete to clear 1.63 on the day and looks well capable of going higher as the summer progresses. Claire's win is of particular significance given the arduous battle with injury she has fought over the last 2 years and she deserves immense credit for the manner in which she stuck to the task when the light at the end of the tunnel did not shine so brightly. This win is also a just reward for her coaches Dermot McNamara and Jim Ryan who have played an invaluable role in seeing Claire return to fitness. Claire can look back on her six years of schools athletics with a great deal of satisfaction. In her first outing at these championships in 2001 she captured the 80m hurdles title before discovering her calling as a high jumper. She has since won high jump titles in junior, intermediate and senior grades in what is universally acknowledged as the premier track and field event on the island of Ireland.

Claire was not alone on the rostrum on Saturday as fellow Athenry AC athlete Conor Caulfield, also representing Presentation College Athenry, captured the bronze medal in the junior boy's 200m. This is an outstanding achievement for Conor and underlines his tremendous potential. Conor is also an accomplished athlete over longer distances. Perhaps he is capable of matching the achievements of another 200m athlete who represented Athenry AC and Athenry Vocational School - one Paul Hession!

Incidentally, Hession opened his account for the season with a 100m/200m double at a meet in Uden, Holland this past weekend. Paul had planned to race the previous Saturday but withdrew due to illness. However, this did not seem to effect his performance this past weekend as Paul clocked a very impressive 10.52 for the 100m with a negligible wind reading and 20.98 to finish 2nd in the 200m against a -1.6 headwind. This performance places Paul 16th in the current European Ranking list.