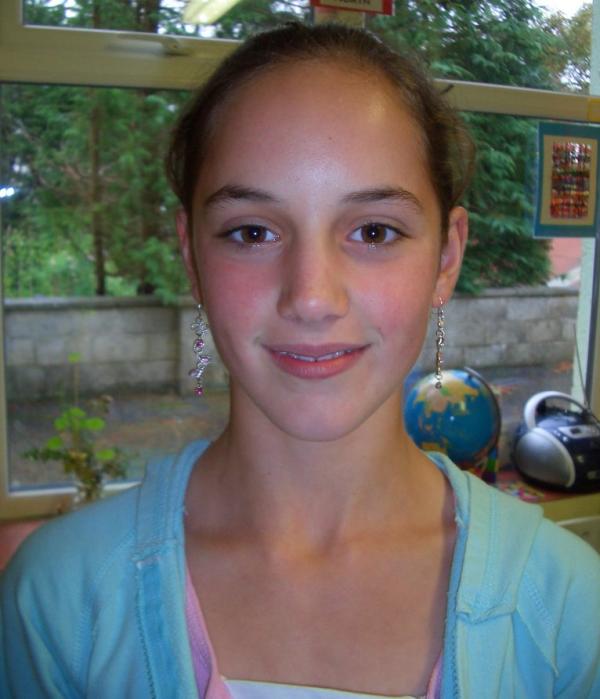 Well, there is a strong possibility that anyone visiting the Athenry AC Web site might think that the entire population of runners in the area is a greying, balding, self-obsessed ("...yeah, been carrying a dislocated shoulder for months..."), tunnel-visioned ("...only managed 105 miles last week, really disappointed...") bunch of old codgers -- who, me?-- but let's be clear, such is not the case.

An alternative prototype is 12-year-old Marie Tuohy who recently won two cross country events: Connacht Schools girls 5th+6th class, and the u13 girls race in the Galway Championships. She also competed and came third in an u14 event in Tuam. All these events were over a 1000m course.

Marie is a member of our club and attends Newcastle National School. She has been trained by Dermot McNamara for two to three years: "He's a good coach, thanks Dermot", she says. Training takes place at Raheen every Tuesday and Thursday currently, a good warm-up being followed by 14-minute runs.

Marie builds up on carbohydrates before each race by eating three Mars bars and four bags of crisps (mixed flavours of Cheese & Onions and Salt & Vinegar).

Well, no, actually she doesn't, I made that up. In point of fact, she is very aware of trying not to eat too many sweets and drinking lots of water.

"My heroines are Sonia O'Sullivan and Paula Radcliffe", she says, "and I always watch the athletics on tv". She is not really interested in any other sport. Her ambitions are to become a long-distance runner, including a marathoner, and to go professional and run for Ireland.

Congrats on all you recent success Marie.

We're lucky to have you in the club, and that's coming from one of the crusty old men :-)