Strange Things You Hear and See While Out Running 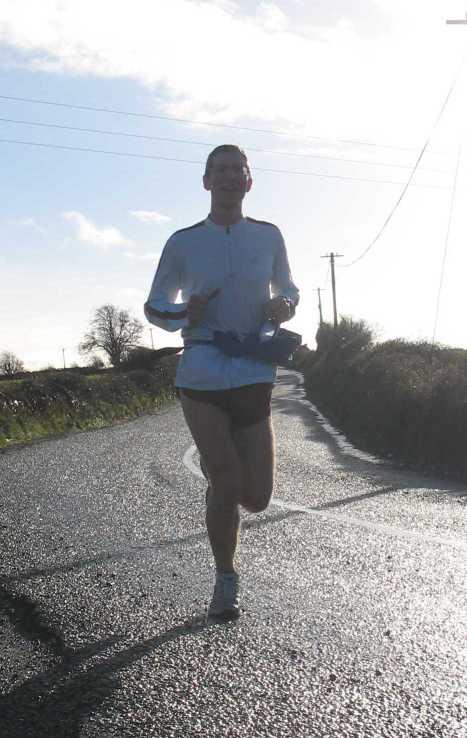 Running is jam packed full of legendary stories but this happens to be true.

I was there: I have the evidence of my camera and my own eyes to depend on too.

Peter Delmer ran in (and finished in a leisurely 31:44) the Tuam 8KM last Sunday afternoon, but not without having got there the hard way: he ran from Athenry to Tuam beforehand. According to the AA Route Planner (http://www.aaroadwatch.ie/routes/) the distance is 45.7 KM but that is via the N6 in Oranmore! But hey, why let those basic facts get in the way of a good story!

Anyhow, he didn't go via Oranmore or use any of those newly fangled Sat Nav systems, he used the tried and trusted method of getting to Tuam by road via the shortest possible route: Ballyglunin and Corofin.

The above image was snapped on the downward section into the strangely tranquil hamlet of Laraghmore. Unfortunately it was taken into the strong sun so isn't the best possible shot of Peter :(.

Estimates of the distance covered by the bould Peter varied from a measly 14 miles to a much more manly 18 miles.

Reports that Mick Rice covered 20 miles that morning in the dark while pulling his family around in a hand-crafted sled are only slightly exaggerated.