AGM: New Officials and "Person of the Year" Award 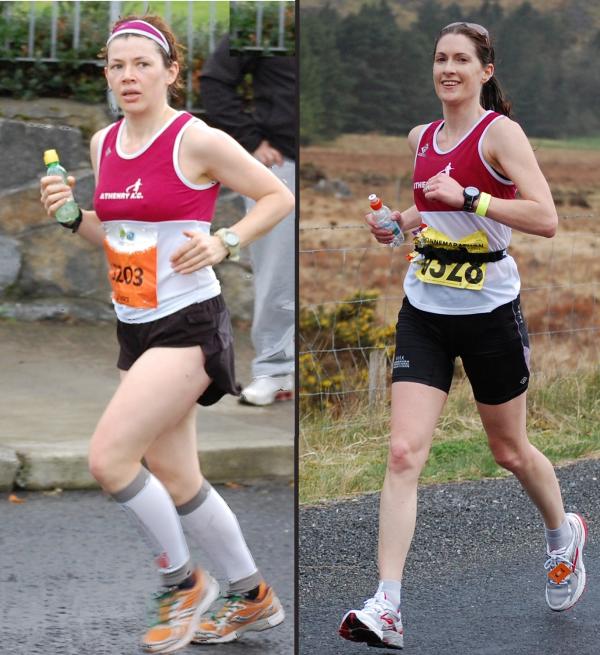 Congratulations and thanks to Deirdre Hassett and Ruthann Sheehan for accepting the posts of Chairperson and Secretary of the club at the recent AGM. This is a real passing of the torch with neither Mick Rice nor Iain Shaw holding one of these rolesin the club after so many years.

Many thanks to Mick and Iain for so much hard work, and of course they're not going anywhere and will no doubt be contributing significantly to the running of the club still.

Other officers elected were James Lundon as Treasurer and Philip Magnier as PRO, press representative officer. The roles of Female Club Captain and Male Club Captain will be held by Iain Shaw and Mairead Sullivan for the coming year. Congratulations and thanks to these also. See contact details at  http://www.athenryac.com/contact_details.

The club made a presentation of an engraved watch to Ruthann Sheahan for proudly representing Ireland in the World 24 hour Championships in 2012.

Club Person of the Year

As Marie O’Connor was unable to attend the AGM, Iain Shaw presented this award.  Iain gave thanks to Marie for her great work in preparing the result and handling the competition during the year.

124 Races were entered worldwide by club members during 2012.  The most members at a single race was 80 at the Craughwell leg of the 5K series.  The Craughwell 10 was the next highest attended race with 63 people.

Several mentions were given to various highlights.  James Lundon was acknowledged as running the furthest race (measured from church car park in Athenry) in the California Jail Break 10Km – 8048 km away.  Deirdre Hassett entered the ‘funkiest’ sounding race with the Wild West Run Trail Half Marathon (held in Kerry).

The overall club person of the year was Ruthann Sheahan with 86 points, second was Ray Somers with 77 points and third was James Lundon with 72 points.

Mick Rice is currently leading the "Club Person of the Decade" competition, although Mick acknowledged that because of injury this gap could easily close this year.