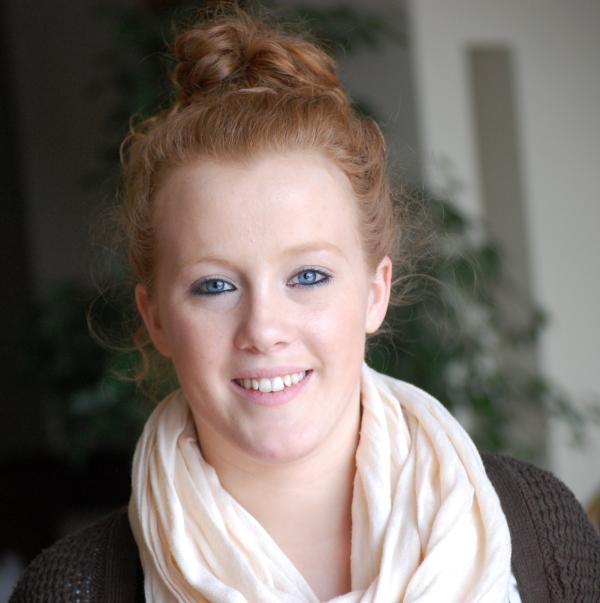 It must be a great feeling to see a young athlete you've coached over many years make a breakthrough at national level. Dermot McNamara of Athenry AC has seen a few and his latest is Sinéad  Tuohy who recently won a silver medal in the All-Ireland Under 23 High Jump competition, held in the new indoor stadium in Athlone.

Sinéad  jumped 1.55m (5' 1'') on the day, short of her best which is 1.63m (5' 4'') but is rightfully pleased: "...a good day, I was happy enough with it...". As can happen with field events, another girl registered the same height so both of them got the silver medal. The other girl stands 6 feet 2 inches tall, eight inches or more taller than Sinéad , but "height doesn't mean anything" in this very technical event, according to Sinéad .

Sinéad's parent are Kathleen and Francis Tuohy. She attended Newcastle National School, and then went on to the Tech in Athenry and is currently taking the 2nd Year in a Social Care course in Athlone IT.

Since starting up there her coaches have been Dermot McDermot and Sandra Ní Cathain. "Sandra is a sports therapist...she knows all about injuries. She has a triathlon background, sprinting teams...Dermot was part of the Athletics Ireland for years and he got involved in AIT. It would be very hard without a coach, they never had a high jumper before [at AIT], they didn't really know what to do, but they looked into it, researched it, got talking to me about what I do with Dermot down here [in Athenry]. They've been great".

She's been doing the high jump "about 3, 4 years now, I tried everything else first...hurdles for years, long distance, sprints, everything, when I found the high jump... I started athletics oh God, at 6, 7, really young, I was injured for a year [at 14]...at that time I told myself I wasn't going to go back, but Dermot McNamara kinda made me go back, he got me the hurdles and high jump and made me go back!"

Leaving school and home and attending college represent a crossroads for many young people involved in sport, and athletics is no exception. "There's myself and another girl in Athenry who did the high jump, Sorcha Murphy, and like the two of us would be against one another in all the competitions, we kept one another going. She's 19 but she stopped when she went to college, she went to Trinity last year. It's tough to keep going at the start [at college]. When I started last year in first year, it was really hard. In Athlone they have such good facilities, it makes it easier...they have the outdoor track, indoor track, there's a gym right beside it". 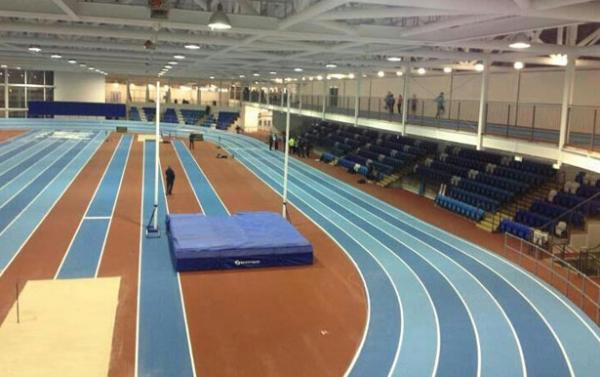 The Mechanics of Jumping

For the average road runner, watching just about any field event constitutes a mystery, possibly involving incantation, incense...and technique. Sinéad : "I do a 7-stride and a 9-stride [run-up to the jump], and your last three strides are supposed to be really short, really snappy, you might overstretch that, you might not kick the legs enough. If you hit the mat after, you're doin' good".

Upon questioning, it emerges that the mat is where you take off on that vertiginous ascent over the bar.

"If you knock it [the bar] on the way up, with your shoulders, you're too close, move your mark back. Knock it on the way down, with your legs, you're too far away. Then your speed as well, you have to take that into consideration, it's very confusing. But after after I've jumped myself, I know the second I've knocked it, what I've done wrong, but trying to correct that then, trying to remember all of the stuff...you get used to that I suppose".

Her two AIT coaches can help. Most training evenings, they're there. And what sort of comments might they make? Maybe, "you're runnin' too slow" or advice relating to the mark position.

It sounds like Sinéad  is in good hands with her coaches while jumping off her own capable legs.

Postscript: A few years ago, Sinéad's sister was featured on the Athenry AC website: http://www.athenryac.com/cross-country-girl. 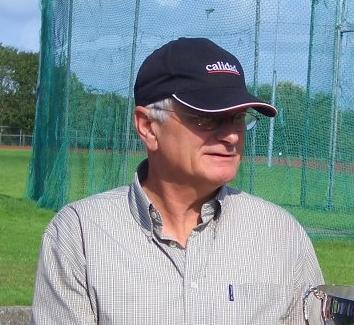