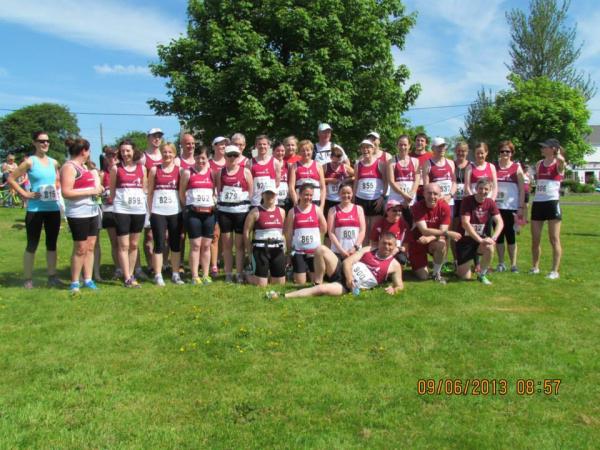 Hot, hot, hot, hot; did I say it was hot in Monivea, earlier today.  It was hot!

The 5KM and half went off without a hitch, almost.  Poor old Tony K (Race Director) had to deal with a local popping into the local shop for his local newspaper before getting the 5KM off a few minutes late before the course could be cleared for the loop around the village before heading out the road and into the forest.  A little over 20 minutes later, I was very relieved to get home in one piece, almost a minute slower than last year but that was more to do with my current level of fitness than anything else.

Congrats to the large numbers of Athenry AC athletes who competed in both races today.  John O'Connor captured the group very well I believe.

Matt Bidwell and Veronica Colleran easily won the 5KM while Gearoid Hynes and Sinead Brody won the half.  Full results are available on RedTag.