Athenry juvenile athletes enjoyed a very successful outing at the Galway indoor Athletics Championship held in Athlone IT International Arena last weekend (18 January). The first race of the day saw the Athenry U13 girls team, Aoibhe Deeley, Ciara McDonagh, Sinead Lyons, Saoirse Healey and Freya Bohan, get the club off to a flying start winning a gold medal with a superb performance in the 4x100m relay. 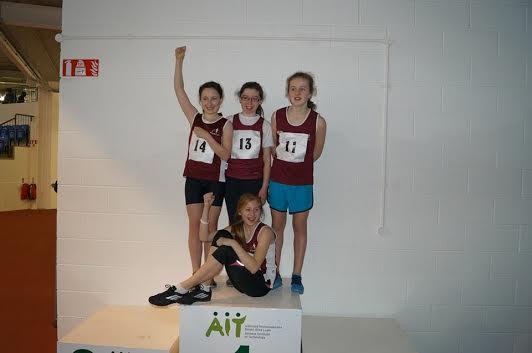 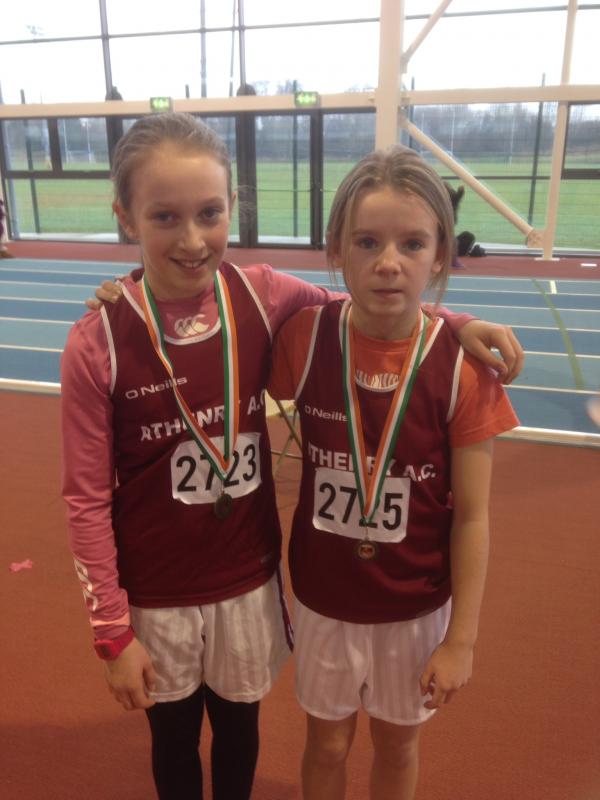 In the relay events, our U15 Girls team of Niamh Hannon, Lydia Doyle, Dearbhla Cronin Rebecca Ruane and Ashling Kenny won bronze in the 4x200m race while our U10 girls team of Sadbh McDonagh Jessica Moran Ailbhe Rohan, Leonore Church and Abigail O’Shea won silver in the 4x100m relay, Our U11 Boys team of Finn McIntyre, Fearghus Deeley, Calum Healey, Adam Molloy and Darragh McNeilis rounded off a great day for Athenry AC by taking silver in the U11 boys  4 x 100metres. 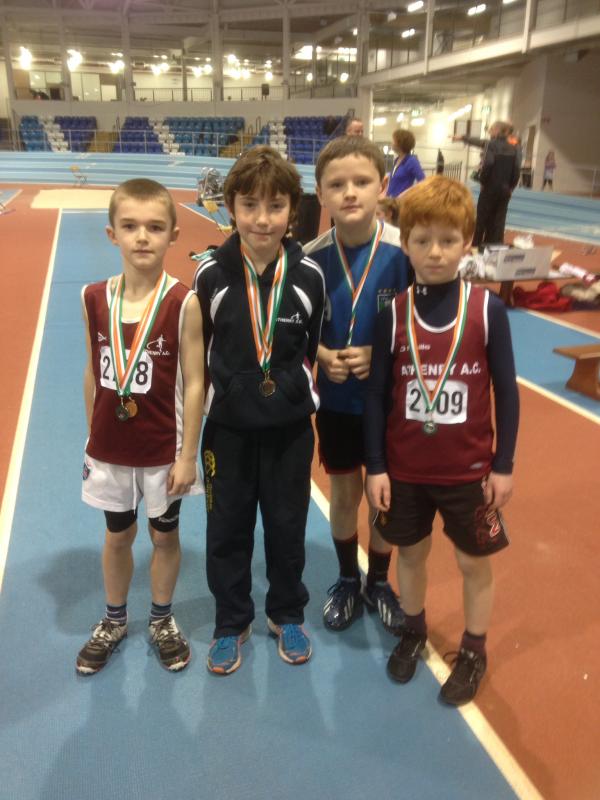 All our juvenile athletes did the club proud on a very tough day against the best athletes in County Galway. Well done to all who competed in the wonderful surrounds of Athlone International Arena - special thanks to all our coaches who put in a very long day officiating at a  very well organised event which was run off very efficiently.

Some senior athletes (David Dunne and James Lundon) from the club also took part in their respective events but without troubling the medals. The club was also very prominent amongst the officials with co-presidents of the senior section helping out of the day, Martin Keane and Peadar Nugent. Free travel is great. It was also good to see Maire Treasa Beatty back after a recent illness while George & Ruthann also got their very first taste of juvenile athletics in Galway. They say it hasn't scared them off from helping again but time will tell. Iain Shaw was pulling all the strings up in the timing boot. Athlone is an outstanding venue and will be visited many time in the future by Athenry AC athletes. It is a credit to AIT and to all the people who worked very hard to make that dream a reality.