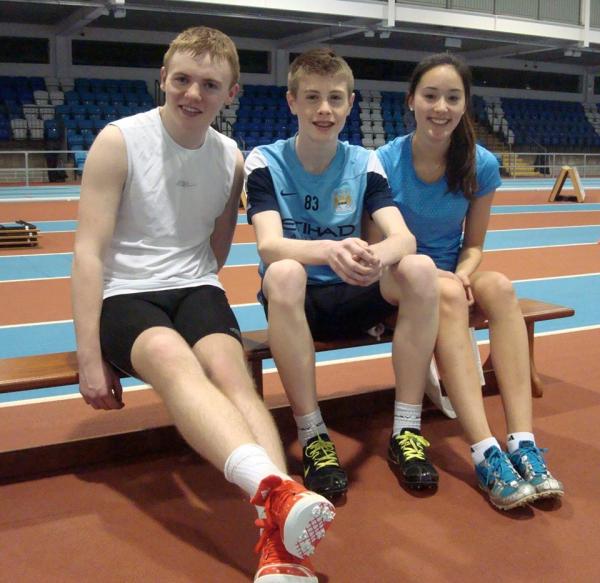 Athenry Juvenile AC Athletes had a very successful outing last weekend at the Connacht Indoor Championships 2014 held at Athlone International Arena. We had thirty juveniles competing across a range of age groups and they managed to bring home 18 medals betweeen them, including nine gold medals so big congratulations to our 2014 Connacht champions:  U12 High Jump Saoirse Healey, U14 Long Jump Aubrey  O’Brien, U14 Hurdles and and 800m Brandon Lee, U15 Hurdles and Sprint Lydia Doyle, U18  long Jump, Hurdles and Triple jump Evan Quirke. Evan’s dedication in training really paid off as he achieved a new PB in the long jump of 6.21 metres.

Well done to all our juvenile athletes who did the club and Athenry proud.