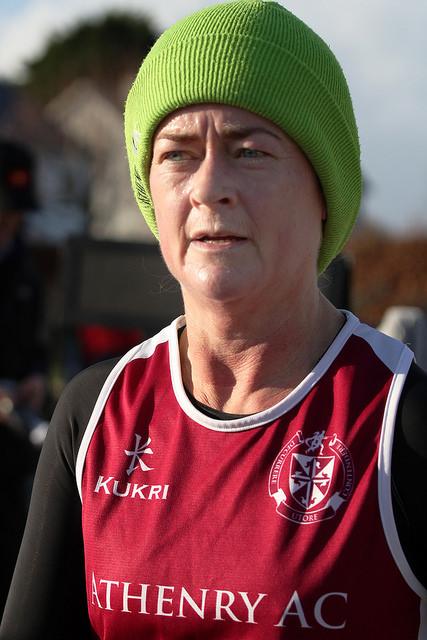 At moment app 30 but upping it soon for the London Marathon.

I like different areas, I love running by the sea.

Slow people in the front of a race.

9.       What was your worst-ever running performance?

10.   What’s the strangest thing that you’ve ever seen on a training run?

One day while running on the prom I met a little old man with his wife. It was a nice sunny day. He was wearing a suit and a hat and carrying a small kit bag. On my way back, stretched out on the concrete was that same man still wearing the suit, white shirt (with buttons strained across his chest), hat,shoes and socks while resting his head on the kit bag. Face up to the glorious sunshine.

12.   Who would you most enjoy beating in a sprint for the line?

13.   What was the best bit of training advice you were ever given?

14.   In ten years time will you still be running?

15.   If for some reason you were told you could never run again, how do you think you’d react?

Would depend on the circumstances. I might be happy to be alive.

16.   Have you ever been bitten by a dog while running?

17.   Have you ever had to stop for an emergency "Paula" during a race?

19.   Most embarrassing ever running-related moment?

The day  I fell and tore face of myself. I had to walk from the claddagh to the prom with blood running down my face.