Great Results at Day 1 of National Juvenile Track and Field 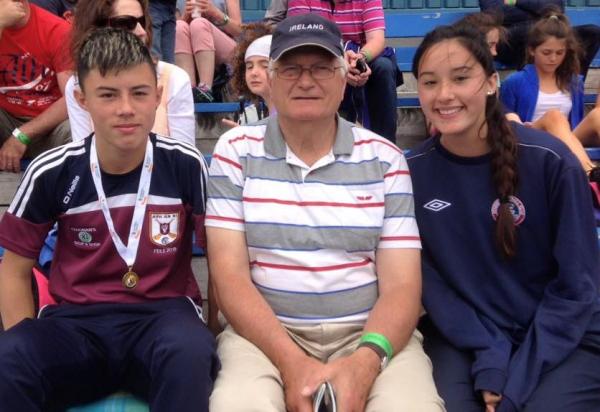 There were great results from the Athenry AC athletes on Day 1 of the 2015 GloHealth National Juvenile Championships.  Calum Healy continued a fine year with a silver in the long jump, and he still has two days of competition to go and high chances of further medals to bring back home. Thomas and Jessie Barr are often considered to be the poster siblings for Irish Track and Field but Athenry AC have their own brother-sister team in Brandon and Shannen Lee.  Brandon won his hurdles heat by the width of his vest but made sure in the final and took gold in a very convincing fashion. Shannen Lee took part in a hard fought steeplechase event and her strength held and she came home to take the bronze.  Aoibhe Deeley was agonisingly close to making the hurdles final, with first two in each heat and two fastest qualifiers making it through to the final, and Aoibhe unfortunately being third fastest missing out by 16 hundredths of a second.

There were also great performances by Sarah Gilhooley in 800m, Patryk Woleniuk, who has only recently joined the club, and in his first All Ireland in the long jump and Ryan McNelis in the high jump.

We look forward to the next two weekends where many of these athletes are competing again.