An Evening with Frank Greally and Jerry Kiernan 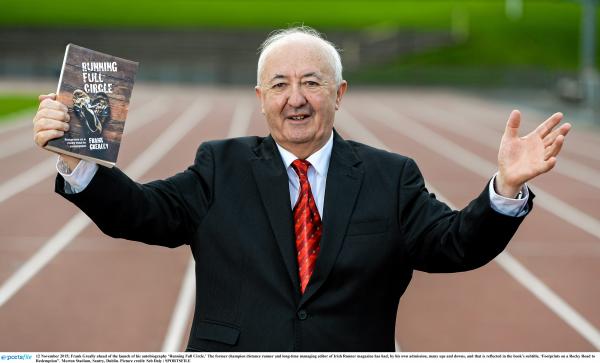 With the Olympics Games in Rio only months away, Galway sports fans will have the chance to spend an entertaining evening in the company of two of the legendary figures of Irish athletics in the Raheen Woods Hotel, Athenry on Wednesday the 20th of April next at 08:00pm. Runners of all levels will have something to look forward on what promises to be a great night.

This FREE event is hosted by Athenry AC to mark the occasion of the launch of the Athenry AC Half Marathon which takes place on the 25th of June next in Monivea.

Editor of Irish Runner magazine since 1981, Frank Greally is a familiar figure to runners all over the country. A Mayo man by birth, Frank has lived a full life since the days he graced the roads around Ballyhaunis as a young man with his prodigious athletic talent. Frank broke the Irish junior 10,000m record in August 1970 in a time of 30:17, a record that stands to this day. He translated his outrageous talent for athletics into a scholarship at East Tennessee State University where he ran with ‘The Irish Brigade’ which included Neil Cusack, Ray McBride, Kevin Breen and the Leddy brothers, PJ and Eddie. Frank will be signing copies of his new book ‘Running Full Circle’ on the night. 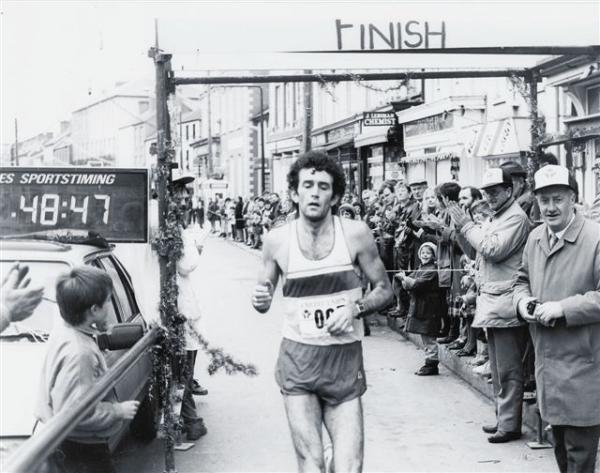 Jerry Kiernan will also be a familiar figure to sports fans all over the country through his running, coaching and media work. As a young man in Listowel, Co. Kerry, Jerry had three stated ambitions. He aspired to being a teacher, he wanted to run a mile in less than four minutes and he wanted to be an Olympian. Remarkably, he has achieved all three of those ambitions during a long and successful career in sport. Amongst his many other achievements, he can count Irish records over both 3,000m and 2-miles, and a 9th place finish in the Olympic marathon in Los Angeles in 1984. Jerry currently coaches a number of the best distance runners in the country.

The Athenry Athletics Club invites all sports fans to join these two legendary figures and many other guests in conversation at the Raheen Woods on the evening of April 20th at 08:00pm for an entertaining evening of athletics memories and more.

Free tickets for the event are available here.