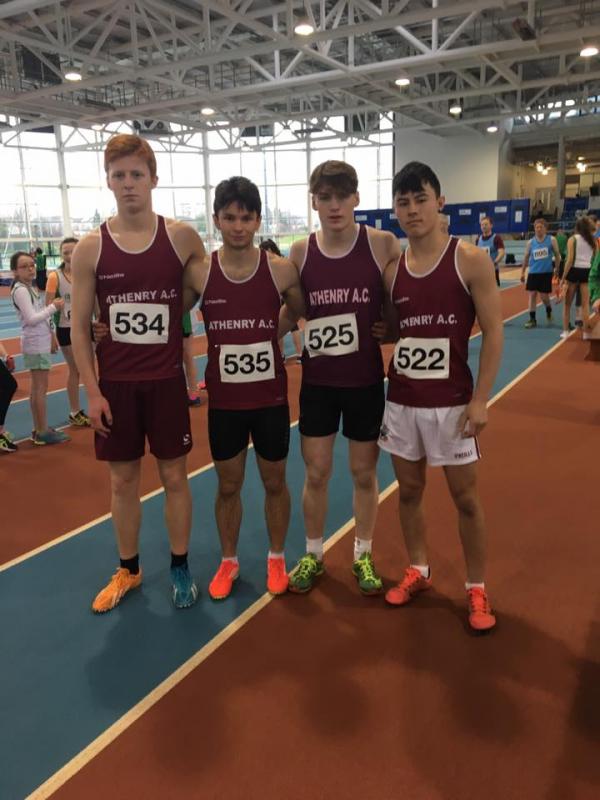 Athenry AC came away from Athlone IT International Arena with a bumper haul of medals at the recent Galway Indoor Championships.  This was our most successful year since the championships moved to Athlone, taking 33 medals including 9 gold which placed us third in the overall medal table.  There were great performances across all disciplines and at all age groups.  There were even three Championship Best Performances set by our athletes including Calum Healy in the U14 60m (8.23s), Liam Shaw in U13 Shot Putt (11.88m) and Brandon Lee in the U16/U17 Hurdles (9.17s).  It was nice to see the progression of some of our older juveniles into the senior competition, which included a bronze medal apiece for our senior womens and mens relay teams.  I can't remember the last time we were able to field two relay teams at senior level at these championships.  Well done to all who represented Athenry AC at these championships, and wishing you every success in the upcoming Connacht Indoor Championships (25th/26th February) and securing progression to the National Finals in March.