Tough day but a nice shiny PB for Patryk 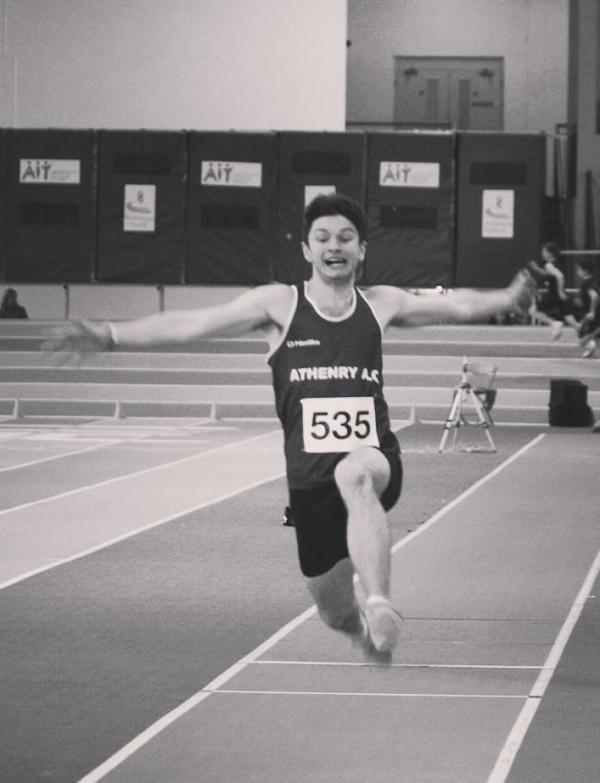 Patryk Woleniuk was the sole representative for Athenry AC at this year's Irish LIfe National Junior and U23 Indoor Championships held at the Athlone International Arena today, Sunday, 29 January.

Patryk has been consistently chipping away at his times for 60m Hurdles and today was reward for the hard work during this year's indoor season.

Patryk lined up for the final of the Junior Boys 60mH, amongst some very tough competition including the currently in-form Daniel Ryan and Valentino Goularas.

As expected Ryan blitzed the opposition, winning by nearly 0.3 of a second in a time of 8.03, with Patryk came home in 9.78s, taking nearly 0.5s of his PB and almost a full second off his season's best.

Next up for Patryk will be the Connacht and then National Indoors as he continues his preparataion for his first Decathlon in May.