Medals for Ryan and Patryk at National Juniors 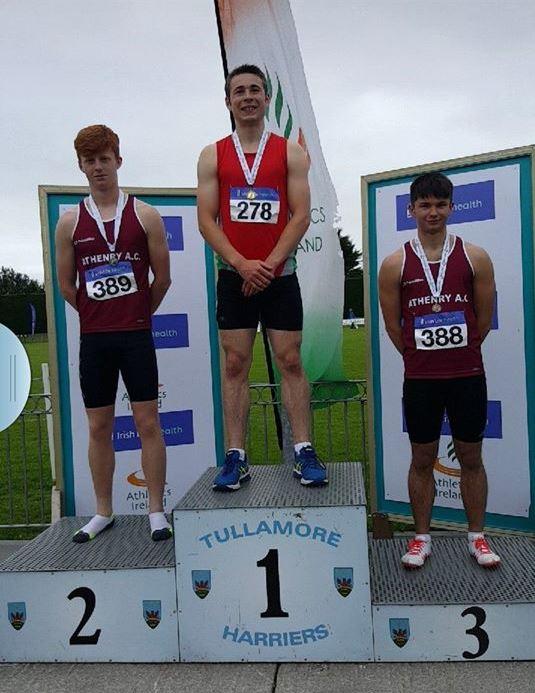 Saturday saw two representatives from Athenry AC compete at the National Junior / U23 championships.  Ryan McNelis and Patryk Woleniuk had both targetted these championships as their main summer goal and both came away with medals and PBs.  Ryan, who is a youth athlete, was entered for both the 400mH and the 110mH, both of which were at heights greater that Ryans usual heights.  In the 400mH Ryan clocked a new PB over the 3 foot barriers of 59.54 and took silver in the process.  Patryk, in his first EVER run over the 400mH took bronze.  In the 110mH the boys came in 6th and 7th in the final but both crossed the lines with smiles on their faces (OK, may have been a grimace in Patryk's case).  Patryk rounded off the day with a run down the straight in what is an ultra-competitive 100m at junior level.  Unfortunately a stumble after coming out of the blocks - which is usually one of his strong points - left Patryk fighting a very steep uphill battle and unfortunately he did not progress past the semi-finals.  The boys have both put in a solid block of training for the past 4 months, and the medals were just rewards for their dedication and the 7am Saturday sessions in Dangan.