Published in Other News on 10th February 2013 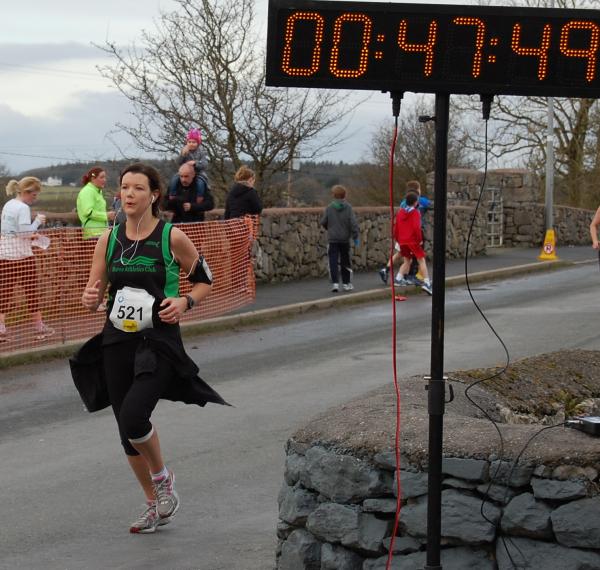 Maree-by-the-sea was as picturesque as ever for their annual 8k held in conjunction with Amphibian King on Sunday 10th. The weather stayed kind: I'm sure the Ireland rugby team would have swopped it for the awful-looking day they had in their slugfest against England.

Thirteen made the trip in the colours of Athenry AC among a total of 325 finishers, so a very successful day for what I believe is the newest athletic club in Galway. They included Ian Quinn, pictured below, back running after laser treatment on his knee - to promote artery growth as I understand it. 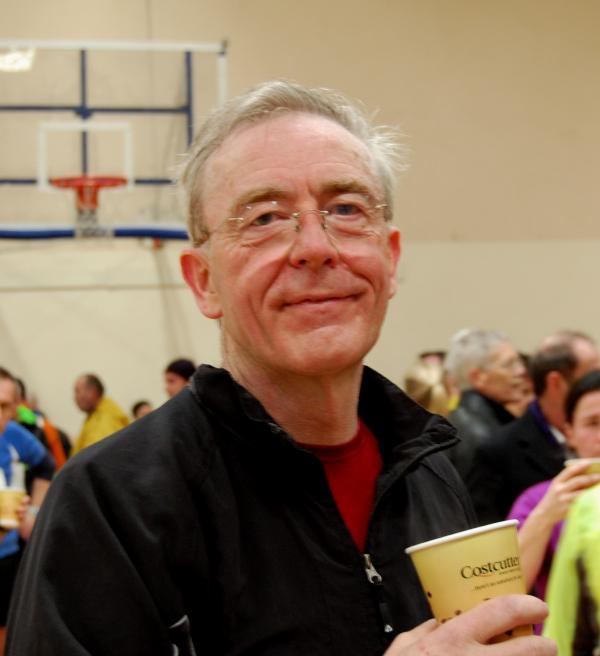 Athenry Club Master Champion, Darina Keating, ran with a bunch of friends for the Console charity and looked to be having fun as well as raising money. Caroline Freeney and Majella Cummins were close to her in times. David Dunne made one of his infrequent forays into competition as well, finishing in a sound 33:35. While Ray Somers had the belated insight that mixing beers and racing somehow doesn't work and was down on his recent times. Ah well, the young 'uns have to learn by experience.

See photo by Andrew Talbot below of Brian O'Donnell who ran 34:06. 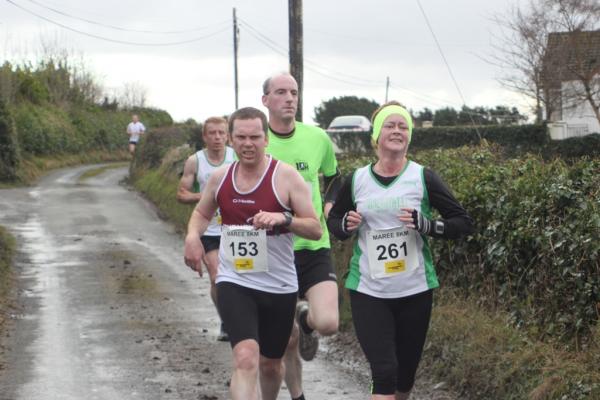 GCH did well to have the first three finishers in Matt Bidwell, Owen Byrne and Niall Cunningham. Among the ladies Grainne Ni Uallachain finished first with in-form Mary Kealey of Craughwell and Michelle Lynch in 2nd and 3rd. Philip Magnier won the M60 catergory. (Thank you, Martin McEvilly and Andrew Talbot, for not turning up or being injured or bribed or something).

Thanks also to Catherine Bourke and Maree for putting on a fine race. Results at http://www.precisiontiming.net/result/racetimer?v=%252Fen%252Frace%252F….

Spring was in the air as 325 runners toed the line at the latest renewal of the Maree8k sponsored by AmphibianKing. A further hundred national school children took part in the inaugural one km fun run before the race and two hundred locals walked the course after the main event had finished. All in all a very successful day and copious refreshments were enjoyed in Maree's wonderful sporting facility afterward.

The Men's Race was won in the colours of Norwich by Matt Bidwell (otherwise GCH). This was Matt's third consecutive victory in Maree and the end of a very successful weekend for him as he won a national masters indoor title in the fantastic new indoor facility in Athlone on Saturday. The next men home were Owen Byrne and Niall Cunningham, both of Galway City Harriers

Winner of the Woman's Race was Grainne Ni Uallachain followed by Mary Kealy (Craughwell) and Michelle Lynch (GCH). The race was also graced by 40 athletes who were fundraising for Console, the national suicide charity.

Speaking after the event, Race Director Catherine Bourke, said she was delighted that the community of Maree had turned out in such large numbers to support the day. She also said how proud she was to see the traditional Maree colours of Green and Black in such prominence, Maree Athletics Club, back on the local scene after an absence of fifty years.