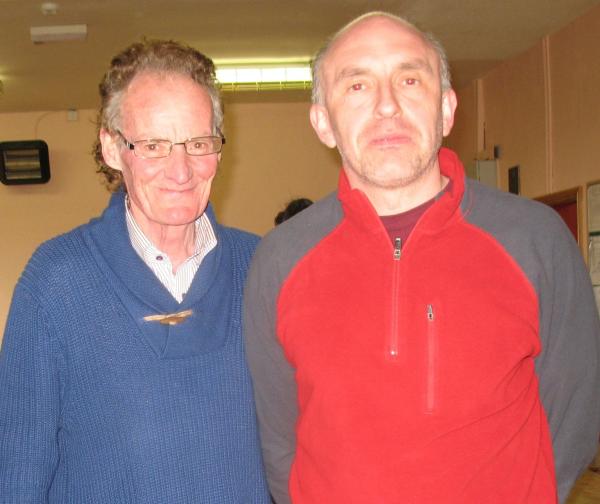 It is with great sadness that I note the recent passing of the truly great Jim McNamara, Donore Harriers.  There is much about him on the web which is easily found via your favoured search engine but I will reference an article by Frank McNally, here.  I am fairly sure in saying that Jim visited Athenry twice in recent years, for the National 10KM in 2008 and then again for the National Half in 2012.  I also recall him being in Ballybofey in 2009 at the National Half, calling in his Donore Harriers women's team from the sidelines.

My own personal memory of him is after Ballycotton 2012 when I realised that I was only a few places behind him in the mid-71s.  To be so close to Jim, I was impressed, and me having only ~30 years on him!  I got a lovely photo of him at the prize giving, attached; Martin Keane had the rarer pleasure of being snapped with Lizzie Lee, the women's winner that year.

Old timers will remember further back to the 1975 National Marathon in Galway, on that staggeringly hot day, when himself, Mick Molloy and Dick Hodgins (also RIP this month) battled it out for surpremacy, out and back to Headford.  Different times, indeed!

Our sincerest condolences to Jim's family on their loss, and the bed of heaven to you, Jim!