Published in Results on 22nd October 2012 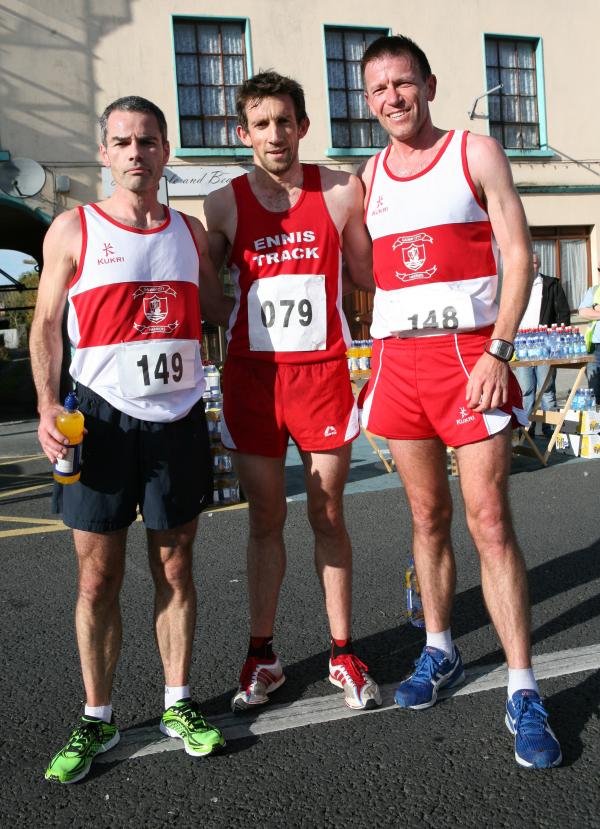 The square in Gort was bathed in unseasonably warm October sunshine when 160 hardy souls took off for the inaugural Gort RFC 10k run on Sunday last (21 October), in aid of the club & Spinal Injuries Ireland. The route took runners around the square, through Ballyhugh, Sheeaun and back into Gort via the Tubber road, with the Burren in the foreground for the first half, and Slieve Aughty in view for the second half of the race.

A great crowd gathered around the square to encourage the participants as they ran past St. Colman’s church with the line in view.

The race was won by Gort native Mairtin Grealish of the Go Tri club, in a time of 34m 58sec, and Mairtin got to take home the Johny Kilroy Memorial Cup. This fine piece of silverware was presented to him by Johnny’s son, Robert. Mairtin was followed by Gerry Carty & Sean Hanley, both of GCH.

The first female runner to cross the line was Helen O’Hanlon in a time of 45m 35sec. Helen was followed by Martina Kelly in second place and Mary Cahill coming home in third.

Refreshments were served in Sullivan’s Hotel afterwards along with the prizegiving ceremony.

The organisers would like to thank all of the sponsors, helpers, the general public, the residents along the route, An Garda Siochana & the Civil Defence ambulance service.

The planning for the 2013 race has already started!