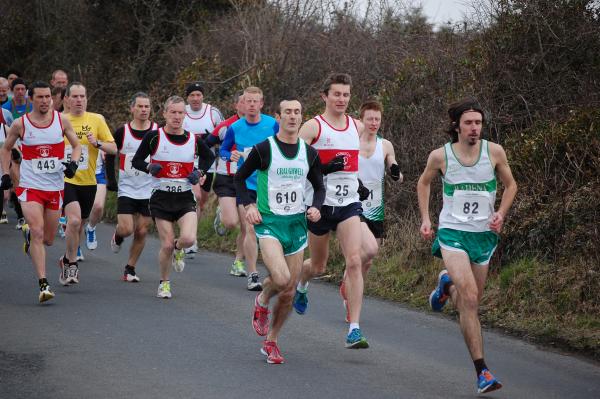 Some races have a special buzz and the Craughwell 10 Mile race certainly presses that button. Many targeted this race as their main Spring outing and nervous tension along with vigorous arm waving were all there in abundance before the 1 pm start.

No one -- and I mean no one -- missed their warm-up on this chilly, bone-freezing day. What is amazing to behold is the difference in how people tog out in this kind of weather. Some ran in bare shorts and singlet; some had more layers than a North Pole explorer. A few had light scarfs over their faces. (I did think that stuffing a hot-water bottle down your track suit was a bit over the top though).

Gerry Ryan of the home club took third among the men after a tough race with Michael Shannon, whom he led at the 8-mile marker. Gerry will be 50 next birthday; there really can't be many in the World of that age who are even close to his times. He registered 52:38 on this occasion. 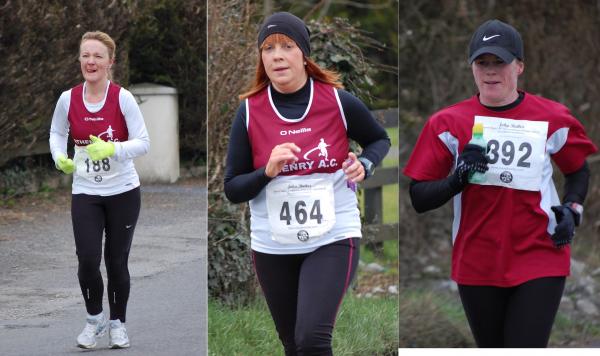 Athenry AC certainly had over 50 finishers. The exact figure is not in yet as some members aren't listed with their club affiliation. Despite the truly skin-numbing wind as they turned back towards home after 5 miles, many of them registered PBs. 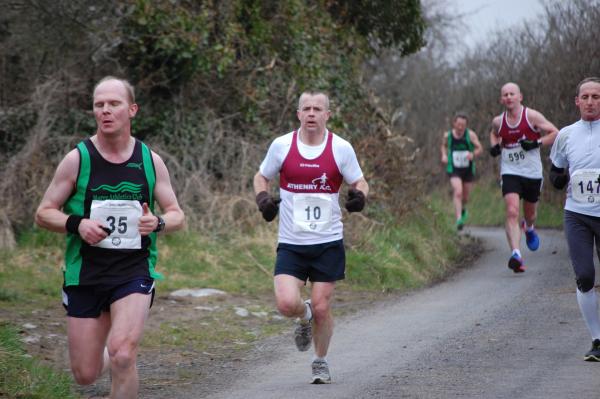 PBs there for Frank, Gearoid, Jim, Brendan, Sinéad, Patrick, Chris, Martin, and Pat. The latter two took many minutes off previous bests. And what can we say of Mr. Curran? He was 44th overall with very limited training and got under 65 minutes, great stuff. 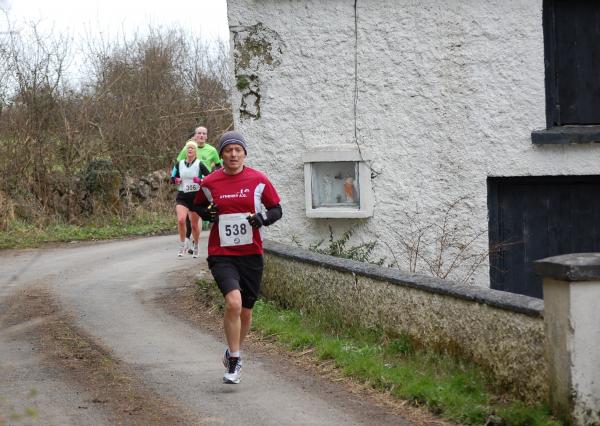 Those we haven't seen quite so much recently (welcome back) included Tomas Ruane, Maura Treasa Beatty, Brigit Murray, Tony Daley, and Miriam Wall.

Just a small word of thanks for an impeccably organised race in Craughwell last Sunday afternoon.  A pity about the wind but that's only a pitiful excuse when compared to my lack of fitness at the minute ;-).