Published in Results on 9th April 2013 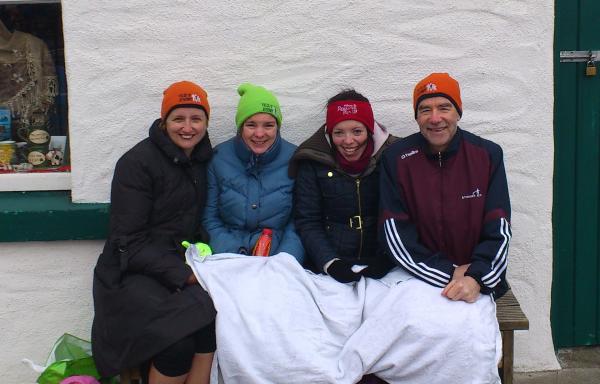 Lennane seemed strangely empty in the hour or so before the Half Marathon start on Sunday. However closer inspection revealed the whereabouts of the 2000+ starters behind every available wall, truck, pub, outsized runner, etc., trying to get shelter from a gusty wind blowing from the East.

It made for a tougher day than usual climbing the hills while negotiating the blasts but most runners knuckled down and got on with it. One UK competitor did tell me however that he missed being able to take in the scenery through having to lean into the wind so much.

Times were down on other years overall but it didn't take from this event, now long established as a major race and tourist attraction in Connacht. Johnny O'Connor tells me that 70 coaches are hired to ferry the runners and spectators from Galway and Clifden to the three starting points. The logistics of this very unique race require a lot of thought.

Patrick Forde and long time Athenry AC member Aaron Turner were the only Athenry AC male representatives in the Ultra this year, pretty amazing with all the success the club has had in various ultras over the years. Patricks time of 6:21:10 breaks down as averaging 9 mins. 40 secs. per mile, and yes he did run in his "barefoot" style running gear as distinct from shoes. A photo of Patrick's feet from Portumna last year is shown below.  Martina Passman, who will be returning  to Athenry AC in the upcoming transfer window, continued her ultra journey with a very fine 6:32:15. 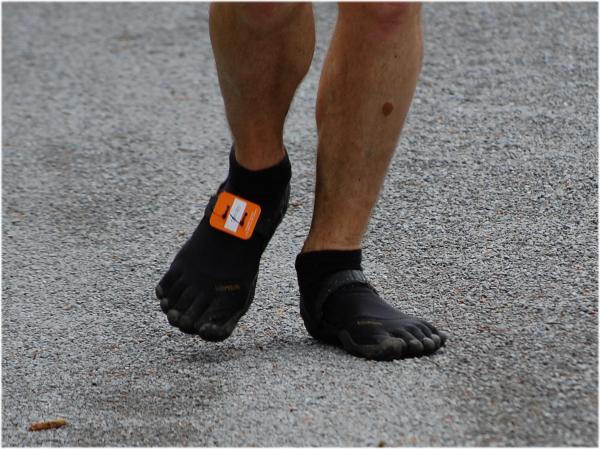 A few sentences on the connemarathon website caught the eye: "It was lovely to see Simone Grassi's parents and friends cross the finish line too. Great people paying special tribute to a great man!" Simone was a two-time winner of the Connemara marathon (2008, 2009) and died in January of this year having walked the race in 2012. See a description of his participation in 2012 at http://www.connemarathon.com/simone-grassi-returns-different-circumstan…. Rest in peace.

Eighteen from Athenry AC ran the Half and Bridget Ann Walsh representated us in the Full (BAW has been at every Connemarathon and apparently completed all but one of the marathons).

The Irish Times has some great photographs at http://www.irishtimes.com/news/connemara-international-marathon-1.13517….

See the results at http://www.connemarathon.com/2013-results.