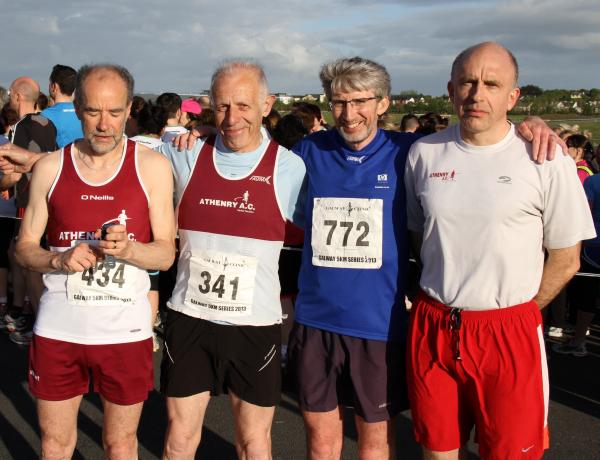 For the second time this year, the 5k series had a new route for one of its races. Lots of parking spaces, near the motorway exit, no interference from cars, the route had a lot going for it. Some complained of the tight turns at the start, but I think that overall this move from Dangan was a success.

Photo by Tony Killarney: "Three Old Fogeys Before the Start of the Race"

526 started the race on a beautiful evening. The layout of the course gives a great view of the leading runners — and just how far ahead they get really quickly — and just about everyone in front of you as they wind around the tarmac. The clever use of the path for cars coming to park at the races meant that there was no "doubling up" on the narrow tarmac road as the leaders ran back after reaching the stand again.

A good evening, roll on Tuam.