Published in Results on 9th June 2013 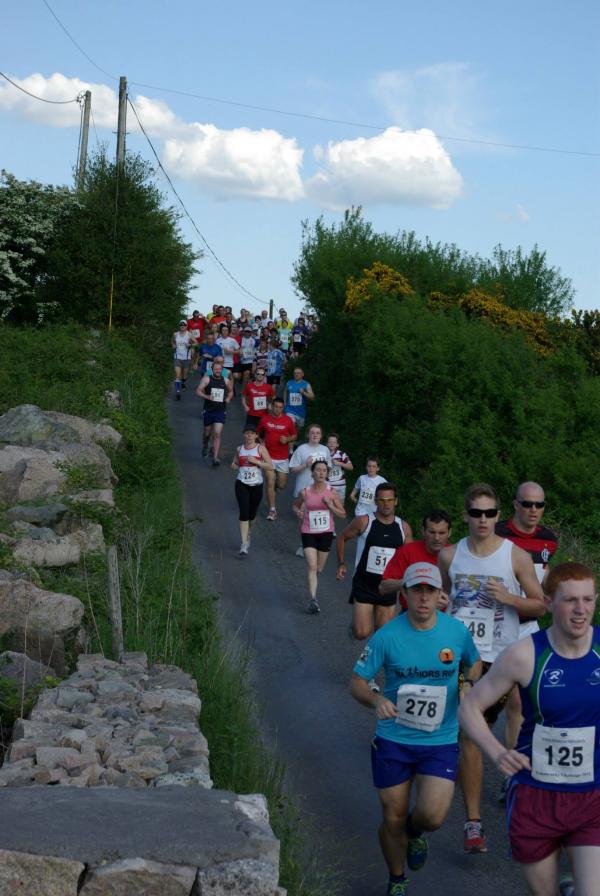 Hundreds turn out for Tonabrucky Challenge

The Tonabrucky Challenge, now in its third year saw close to 300 runners and walkers taking to the roads of Rahoon on Saturday 8 June. The race which is AAI Certified this year attracted a large running crowd from all across Ireland and as far as America. The hilly course which rakes in the entire Tonabrucky and parts of the Rahoon area is notorious with local runners for it mountainous terrain!

Since its inception, the race has grown with numbers up again on last year. The 6km road race which has raised over E10,000 in the past two years aims to raise money for the Rahoon Newcastle Hurling Club and a nominated charity each year, this year CRY and the Croi Stroke Unity were the two chosen charities.

“This year our aim was 250 runners and we surpassed that we close to 300 running or walking. The field was so varied this year with the first female home in just over 24 minutes, Stephanie Lille who is on holiday from Florida whilst the first male home in just over 20 minutes was Barna native John Greaney. We love the variety of the experienced walker to the seasoned runner as it gives a very welcoming feel to the day. This event brings all the community together and it allows for people to meet up do the run and then relax at the clubhouse at the BBQ, it’s a great mixer!" said Race Director Lisa Regan.

The Tonabrucky Challenge will return once more in June 2014 so if you missed this year, there is plenty of time to sign up for next years race. For all the pictures and race details log onto http://www.facebook.com/TonabruckyChallenge2013 .