Published in Results on 1st February 2016 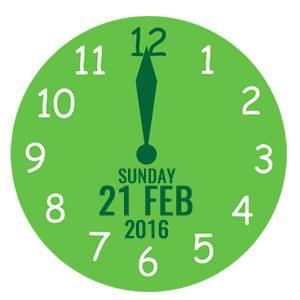 The John Treacy Dungarvan 10 mile road race now is its 25th year is organised by West Waterford Athletic Club. In excess of 2,500 athletes gathered at the start line on the Youghal Road to run 1 loop of the course. Weather conditions on the whole were reported to be pretty good. It was mostly dry although there was a strong headwind from 3 to 5 miles. The men’s record is currently held by Mick Clohessy (Raheny Shamrocks AC) 48.45 and Maria McCambridge (Letterkenny) holds the ladies record 55.58. This is one of the most competitive 10 mile races in the country, attracting elite athletes from every province.

Congrats to Jane Ann Meehan who finished 3rd coming in ahead of Maria McCambridge (Rio Marathon qualifier) while achieving a 40 second PB. In addition she broke the one hour barrier to become one of only a handful (approx. 10) of Irish women who run sub 60 mins for this distance annually. Her race time was 59.33. Mens results 1st Sean Hehir Rathfarnam AC won the race in 50.15 having finished 3rd in 2015 following another victory in 2012. Tim O Donoghue East Cork AC was 2nd clocking 52.44 and Alan O Shea Bantry AC was 3rd crossing the line in 54.04. Women's Results Barbara Sanchez of Cloniffe Harriers was the first lady to cross the line coming home in 57.35. Siobhan O Doherty Borrisokane AC finished 2nd in 59.06 having won the race in 2015, 2014, 2011 and 2010. Jane Ann Meehan Athenry AC ran this event for the first time and took 3rd place finishing in 59.37. Maria McCambridge was 4th recording a time of 1.00.32 having won the race in 2012. Report: Anne Lyng