Published in Members on 23rd February 2016 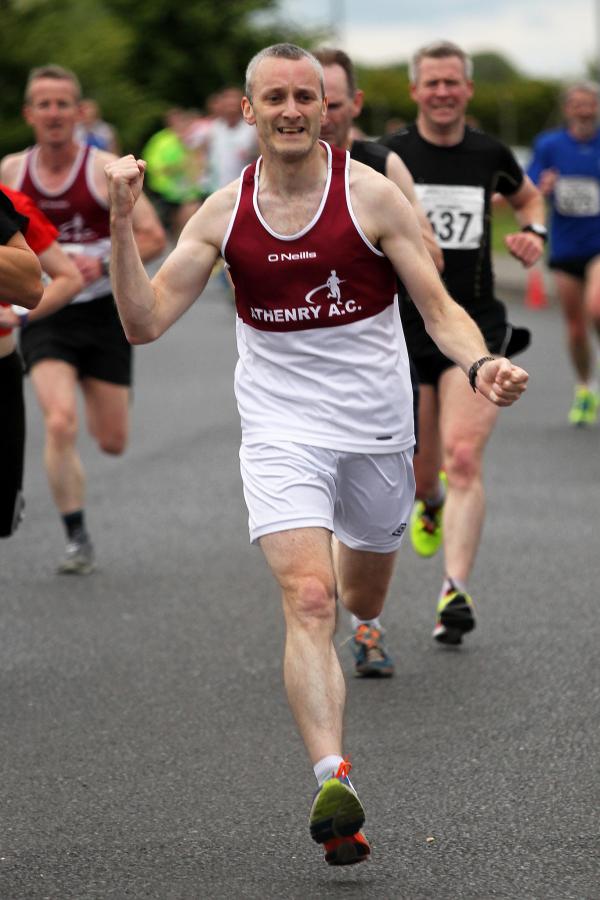 2.      Briefly, what started you running? There was a baby triathlon for charity organised in my office in April 2013, I started training for it in January 2013 and loved the running element so kept it up.

4.      What piece of running gear/apparel is your most prized possession?  All my pairs of base layer shorts, I can’t run without them, I don’t like bits bouncing around!

5.      What is your favourite event/race of the year?  Gaelforce probably, but Dublin Marathon is a close second.

6.      What event/race that you haven’t done would you most like to compete in?  I’d really like to do a big mad multi-sport event, something like the Godzone Adventure Race in New Zealand. https://www.youtube.com/watch?v=SQKwF64WY5I

8.      Is there any performance/race that you would rather forget?  The 5km turkey trot in Carnmore a few years ago that I decided to race while still drunk from the night before, after the first 300 metres I knew I was in serious trouble, it’s the worst I’ve ever felt before,during and after a race.

9.      Where is your favourite place to train?  During Adventure race season It’s got to be Ryehill, it really puts you in the pain zone but it sets you up for any race ahead.

10.  What type of training is your “favourite”? (Speed,Tempo,Short,Long Run,Slow????)  Sprints & Hill Repeats, i'll take the short sprints at full tilt before the long stuff any day.

11.  Do you prefer solo or group training? Group for the tough stuff, solo for the easy.

12.  What’s the funniest/strangest thing you’ve seen or heard on a run?  A man running the 2013 Fields of Athenry 10k in flip-flops….like proper flip flops. “Are you mad?” was my question pointing to said flip flops. “Well there’s no way I’m getting my new runners wet” was the reply. I nearly fell over! Worst of all…..he finished ahead of me!

13.  If you were to give 1 piece of advice to a newcomer to running what would it be? Join a club, you’ll get everything you need to know there.

14.  What injury has caused you the most problems since you started running? There’s been a few, but a torn calf ruined my year last year.

15.  Do you cross train? If yes what type?  Yes, some core. Cycling when the weather allows.

16.  What is your most embarrassing running related incident?  I was training on one of my usual routes which was badly flooded. Car coming opposite stopped before a big flood as not to soak me going through it but instead of cautiously navigating the flood myself I stayed going full pelt and tried to run along the edge/ditch…..slipped on the ditch and took a nose dive straight in to the big flood. The 2 ladies in the car near peed themselves laughing…..i walked home in shame.

17.  Which club member would you most like to beat in a sprint to the line?  Ray Somers or Dave Noone!!!

18.  Do you have a favourite current or past athlete that inspires you? John Treacy was my hero as a boy, I’ll never forget watching the ’84 olympic marathon with my dad.