Published in Members on 1st March 2016 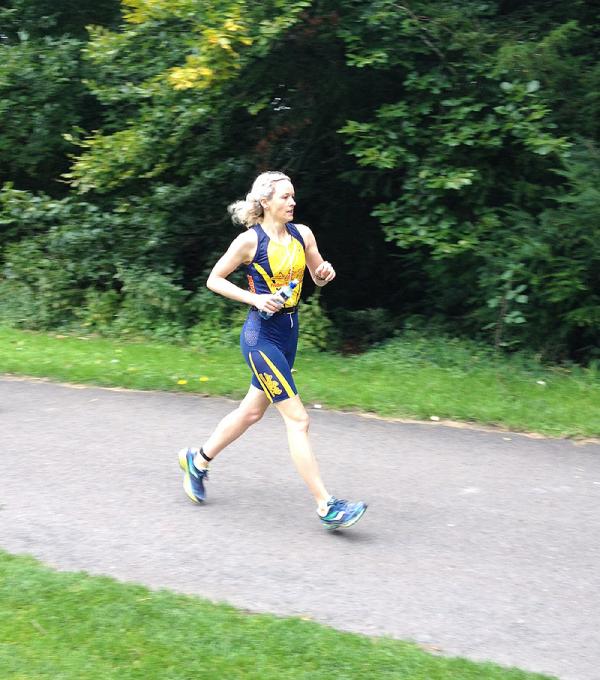 2.      Briefly, what started you running? Everyone around me seemed to be running, so I decided to see what all the fuss was about, and joined a Fit for Life group.

4.      What piece of running gear/apparel is your most prized possession?  Heart rate monitor – keeps me going when I feel like giving in, which happens often.

5.      What is your favourite event/race of the year?  The New York Half Marathon in March, which starts in Central Park, and then on through Times Square and finishes near Wall St. Great city, flat course, and fantastic support. Closer to home, the Athlone Half Marathon in September is also a favourite.

6.      What event/race that you haven’t done would you most like to compete in?  Adams County Marathon, Ohio, which runs through Amish farms. The countryside looks amazing, and the race begins and ends at a bakery....perfect! www.runwiththeamish.com

7.      What performance/race do you take most pride in? Kilkenny Olympic Triathlon 2015.My first race of that distance, I entered to see if I could do it, and I did! Not pretty or fast, but I did it.

8.      Is there any performance/race that you would rather forget?  Limerick marathon in 2013.....cramps, cramps, cramps for the last couple of miles. Hobbling, stretching, swearing, more stretching, and bargaining with myself to keep going, I thought the finish would never come in to view. Meters from the finish line, with legs that wouldn’t cooperate, I still wasn’t sure if I would make it to the finish.

9.      Where is your favourite place to train?  Around the quiet roads near Kiltullagh, Bullaun, Raford.

10.  What type of training is your “favourite”? (Speed,Tempo,Short,Long Run,Slow????)  Speed sessions, and a long run on a nice day.

12.  What’s the funniest/strangest thing you’ve seen or heard on a run?  I can’t think of anything funny or strange (although I’m sure there have been plenty), but what has been great is hearing people’s stories, shared as you run, an opportunity to get to know others better, which might otherwise not have arisen were it not for running. At this point, you might be thinking that if I’m talking that much, I’m not running hard enough......possibly true!

13.  If you were to give 1 piece of advice to a newcomer to running what would it be? Persevere. When you least feel like running, that’s when you most need to go out.

14.  What injury has caused you the most problems since you started running? I’ve been lucky to avoid any serious injuries, but a stiff neck and shoulders niggle regularly. I have a list of exercises which I SHOULD be doing to a couple of times a day, BUT.....(don’t tell the physio!).

15.  Do you cross train? If yes what type?  Yes, I’m a member of Predator triathlon club, so I cycle and swim as well as run. Also, core classes every week are something I don’t like to miss.

16.  What is your most embarrassing running related incident? There have been many digestive upsets, and hopping of walls during runs.

17.  Which club member would you most like to beat in a sprint to the line?  Chris Deakin. However, unless he’s blindfolded, and running on one leg, I think it’s unlikely to happen. Or perhaps if I got a good (very good) head start......!

18.  Do you have a favourite current or past athlete that inspires you?Two in particular:

2.       Martina McIntyre, a Predator colleague, whose determination, focus, and resulting triathlon achievements, have inspired me to aim for goals which I would never have considered for myself.