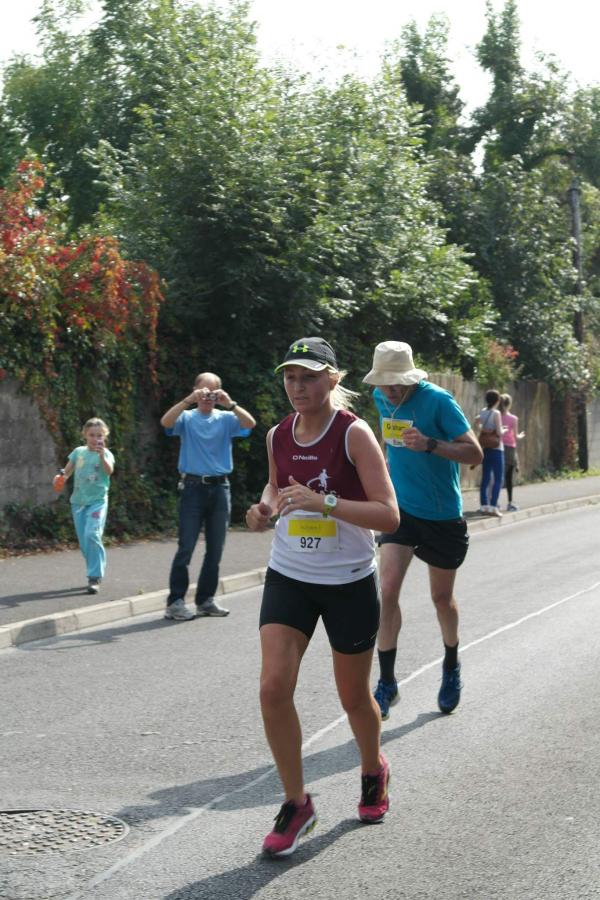 4.      What piece of running gear/apparel is your most prized possession? has to be my watch.

5.      What is your favourite event/race of the year?  Kinvara Half Marathon.

6.      What event/race that you haven’t done would you most like to compete in?  Too many to mention but would like to run Great North HM in UK.

8.      Is there any performance/race that you would rather forget?  Loads.....mainly marathon distance races :O

9.      Where is your favourite place to train?  Anywhere near the sea.

10.  What type of training is your “favourite”? (Speed,Tempo,Short,Long Run,Slow????)  probably speed.

12.  What’s the funniest/strangest thing you’ve seen or heard on a run?  I saw something rather disgusting during the Manchester marathon, too gruesome to print so ask me if u really want to know.

13.  If you were to give 1 piece of advice to a newcomer to running what would it be? Pace yourself.

14.  What injury has caused you the most problems since you started running? I have had a few minor injuries, none seem to be re-occuring .....thanks to Jane Ann.

16.  What is your most embarrassing running related incident? None I can think of.

17.  Which club member would you most like to beat in a sprint to the line?

18.  Do you have a favourite current or past athlete that inspires you? ? Sonia O’Sullivan.