Published in Reports on 31st October 2007 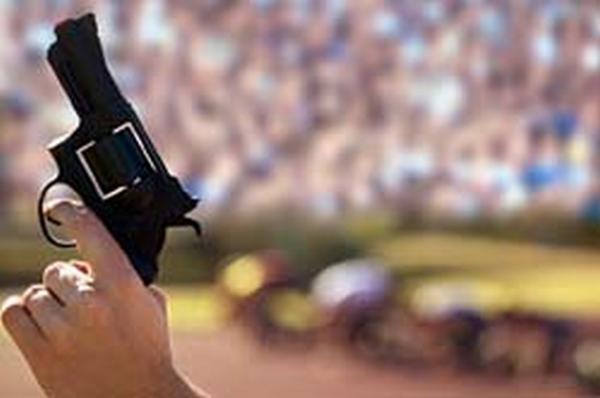 I hadn't planned well for Dublin, due to a number of reasons, to
the extent that it was 7pm on Sunday evening before I was finally
able to make the decision to travel. The usual build-up to a
marathon would be to fret for several weeks over major issues
like hydration, nutrition and carb loading, tapering, gear prep,
registration and number pick-up, travel arrangements, pace
planning, injury comparison (usually with others but sometimes
alone), course map inspection, race provisions, energy drink/gel
strategy. It was 9pm before I overcame my first problem - I
found a pair of matching socks. The other problems would have to
look after themselves at that stage.

The plan was to drive from Galway, leaving at 4am, and meet-up
with a few of the lads at 7.30. Carb loading consisted of
munching through a double pack of fig rolls during the journey,
hydration was a bottle of lucozade sport in the car, and gel
strategy was the hope that I still had a can of high5 gel powder
in the boot that I could mix when I got to Dublin... I had.

The weather was great. It seemed calm enough, nice clear sky,
typical autumn morning with a tiny bit of winter thrown in, but I
was really feeling the cold. I think I was tired after the 3am
start as I shivered my way to the start area and settled in to
make plans. (Scary) Mick advised me to run as a tourist and
enjoy this one, so I took that advice. That was my pace planning
sorted out then. This was coming together nicely.

The flag was waved a little after 9am (they lost the gun
apparently) and we were off. There are huge advantages in
starting at the front, which I won't go into here, but the
disadvantage as I have said before is the de-motivation of being
passed by 5,000 runners in the first five miles. It takes a
while to settle down and when it does a calmness sets in. I
didn't bother looking at my watch at all and easily passed half
way in 1.50 in a nice steady pace. My plan was to keep it easy
until 20M and then increase the effort just to maintain the pace.

The spectating crowds were bigger this year. The whole PR
machine behind the DCM really got their act together and everyone
in the country seemed to be aware that the marathon was on. It
was really nice to see _Chariots of Fire_ on TV over the weekend
- someone was thinking. About time our national marathon got the
recognition it deserves.

I passed James Lundon at mile 20. I never know what to do when I
pass someone I know in around the wall. Do I run alongside and
convince him he's running well? Do I run alongside and say
nothing but just be there? Do I say nothing? Do I cross the
other side of the road and hope he doesn't see me? Do I try to
lift his mood with some banter? Do I ask how he is (silly
question)? The reason I don't know it that it has happened me so
many times, and all I want the passer to do is pass, say nothing,
and pass quietly. I drifted over to him and just quietly said
'Don't slow James.' I have no idea what that was supposed to do
for him but right or wrong I left him.

Was I happy? Not really. For some reason I didn't enjoy this
one and I think I'm done for the year. Ten marathons in 9 months
has obviously taken its toll, or rather the lack of training
between might have more to do with it. I also think that Berlin
and Amsterdam took more out of me than I gave credit for. I'll
get my act together next year and knock out something
extraordinary.

Speaking of extraordinary, Mick had a PB of 2:46, Alan Burke
broke 3 hours with plenty of loose change in his pocket and
Galway's Michael O'Connor, who stood right beside me on the
starting line and shook hands just before the flag, headed off to
become the National Marathon Champion with a nice 2:25. Great
stuff.