Published in Reports on 13th September 2014 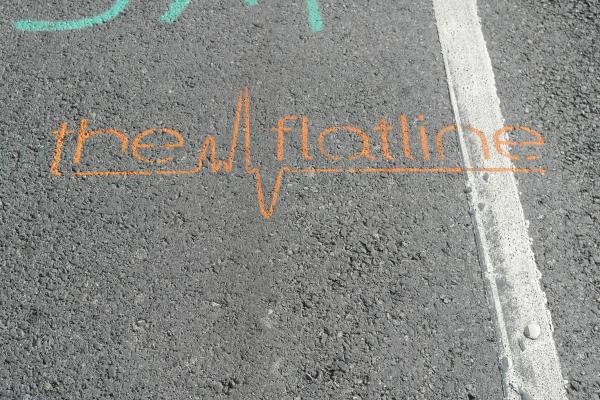 What a great day for (watching) racing!

In glorious sunshine this morning, huge numbers of Athenry runners made the short trek to Athlone for the annual Flatline Half Marathon with their eyes on PB's on a fast & flat course. But by the time the race started at 11.00am the mercury was already rising & many struggled with the midday heat.

Not so Jane Ann Meehan & Gearoid Rohan. In fifth position (female) at the 8 mile marker & easily 800 meters behind 2nd placed Leigh James in second, Jane Ann ran a perfectly paced race alongside Gearoid to finish 2nd, beating Leigh James by 1 second in a sprint finish with a time of 1.23.34, which is also a new PB. Gearoid finished with the same time to give him a new 5min PB. Following soon behind was David Meehan, also with a new PB, in a time of 1.26.34. 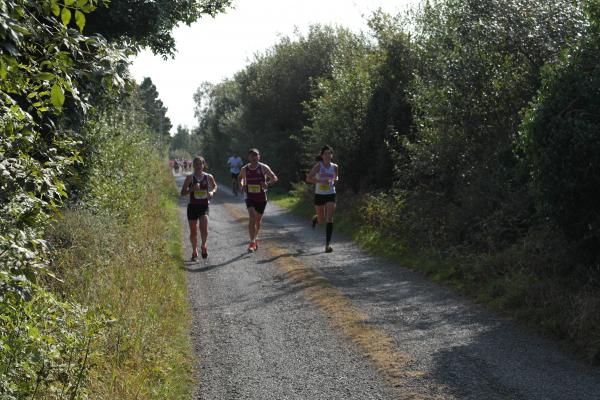 Revelling in the stifling temperatures were Mairead Sullivan & Frances Leahy. Mairead kept a steady pace throughout & reeled in runner after runner as she finished with a new PB of 1.37.03 whilst Frances, with a target of sub 2 hours in her mind, crossed the line in a new PB time of 1.59.49, which triggered a smile which won't be wiped from her face for weeks to come. Chris Deakin, who set a target of 'a more comfortable sub 90min' after finishing his previous half in 1.29.59 still experienced some squeaky bum time before crossing the line in a not so comfortable (but still impressive) 1.29.41. 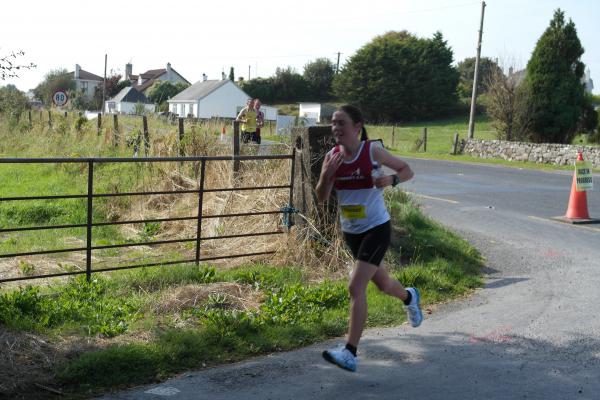 Ray Somers was first member home today but struggled in the heat, finishing 3mins down from his PB in 1.22.16. He was in good company though as the heat also got the better of Martin O' Hara, Kieran Guiry, Siobhan Guinan & Pat Forde amongst others, who all finished well off their best. Proof that any of us can have a bad day.

We had some members taking part in their first race at this distance & both Brigid Cannon & Ronan McCarthy easily achieved their targets. Brighid started the day with a target of sub 2.15 & hammered it with a 2.09.39 whilst Ronan easily bettered his target of sub 1.35 with a 1.33.10.

Close on 40 members turned out on the day & whilst some had good days & some had bad days, all agreed that it's a great race & for the second year in a row is getting rave reviews for organisation & atmosphere.