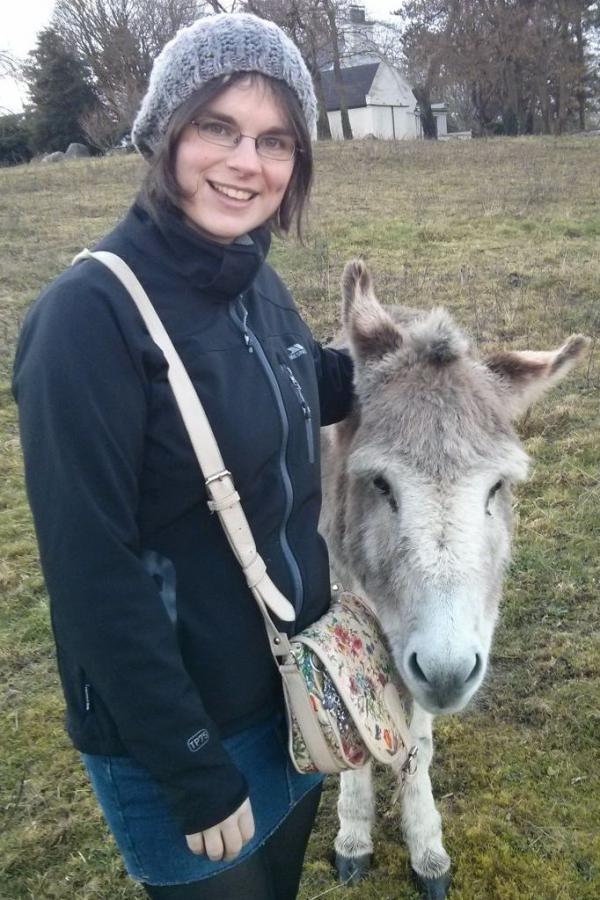 6 months previous, I had agreed to run walk the Listowel marathon with my best friend as she was getting back from injury and thinks marathon running is great. So with little to no proper training, 18th April 2015 arrived. Our training had involved. Michelle doing the Tralee half in 3hrs 5 mins. I had done a half marathon in Ballybunion two weeks earlier in 2hrs 7mins. But prior to this April morning, my longest run was 15 miles for the Cork to Cobh race in 2009. Michelle has had a prior attempts at the marathon distance with Dublin in 2012, with 6hrs 6 mins and a damaged IT band as a result. So the plan was to walk the marathon with bits of jogging.

At 5am, the alarm goes off. An uber cheerful Michelle descends the stairs to cook porridge. She is followed by a sullen bleary eyed Biddy who descends the stairs for breakfast to face the day ahead. In the kitchen l'm greeted by the smell of overcooked porridge and unphased Michelle, who normally doesn't cook porridge. Good start but breakfast on marathon day is essential. So porridge, brown bread with peanut butter and banana and tea are consumed for the best possible start. While Michelle fluttered about organising the babysitter, the bag of gels, jelly babies and sesame sticks, I grunted and groaned (not being a morning person) that this was going to be a long day. The only thing I did in prep for the race was buy a bottle of lucozade sport to drink before the race.

The Listowel marathon was organised by marathon club Ireland, who decided a 7am start would give us a good run at the day.

MCI course was a mini loop of Listowel, then a 12 mile loop, and two shorter 7 mile loops.

There were three start times for walkers or joggers at 7, joggers and runners at 8 and elites at 9.30. With a half marathon at 10.

Checked in and was greeted by 5 more happy go lucky participants. So at 7am on Bridge Road in Listowel, we took off in a walk. Michelle immediately wanted to jog, I obliged and we were joined by Sheila from Cork. After initial introductions, a new plan formed we were going to jog for as far as we could. Considering our (Michelle and I) varying fitness levels the opening pace of a steady jog proved to be a bit more than Michelle had planned for. So like the awesome best friend that I am, I left her for dead. I was grand at Sheila's pace and when that for too much, I would fall back and find Michelle.

The rest of the marathon was Sheila guiding me around the course since she had learnt that this was my first marathon.

Since myself and Sheila were leading the race for a good hour, we got to explore the course first. The highlights were the gentle but long pull ups and patches of uneven road surface, the water stops stocked with Jaffa cakes and jellies, marvellous weather and Kerry co-op tanks that take up the whole road.

Sheila influence! Take all the jellies that are offered, you will need them. So I gobbled jellies and Jaffa cakes at all water stops until l hit the Jaffa cake wall at the second last. I might have gained weight running a marathon, opps.

Pacing, I'm a great one for starting out fast and slowly getting slower for very subsequent mile. Sheila the pace keeper informed that we were going a bit faster than her usual pace, that we should keep it in check. We were at 10.15 pace, usual pace for Sheila was closer to 10.50. We didn't want anyone to blow up. Shelia told me to go off at my own pace if it suited me. I didn't as the company was good and what would actually happen if I went off by myself, I would be a head for a bit then the slowing would start and I would be in turn overtaken in a mile or two. No idea how to pace.

All the while in the back of my mind on this run was what would happen to me after 13 mile. So entering the last lap, with a fistful of sesame sticks in my gob, Sheila and I drifted apart due to different running strategy. Sheila needed to walk for 20 metres here and there, and I knew that stopping would make me feel every step more. My strategy was one foot in front of the other, over and over again. The last lap was the most populated with half marathon passing me. Being lapped was awful, they were all bouncy runners with plenty of energy where I was huffing and puffing my way around. The sweetest thing was Sheila was still looking after me and had told people as they were passing her that they would be passing a first timer and to give me a shout out.

At the second last water stop, picking up some coke, there is a runners adage - don't do anything new on race day and in the past that has hit me sorely in the pit of my stomach but not today, on race day coke is fine.

While looking back the road I saw my brother Anthony racing down the road doing the half marathon, I waited for him to past before going again. He shouted "I know you" when he passed. No time for talking while running.

Starting back after that water break was the most painful, the stop was too long, the legs had started to stiffen but again one foot after the other and no more Jaffa cakes. I hit the Jaffa cake wall at this point too.

I knew that it was bridge, grotto, sharp bend, water stop, flat road, old school, through town and square and downhill to finish. All I had to do was get to each of these and I would be fine. After the water stop, I lapped Michelle, she was having a tough day on the course, and still had to start her final lap. Her spirits were still high and she encouraged me to head on for home. ( Michelle trotted home in 7hrs 56mins with five ghastly blisters for company.)

The last bit of the race I was bitter, it was tough and I went through the town cursing silently at everybody, happy half marathoners, the lady at the SuperValu water stand and the race steward who got a grimace rather than a smile. They were all too happy.

Finally the finish line was in site, Anthony was telling me what time was on the clock, I had minutes but it felt like seconds to cover metres rather than miles. But each metre could have been a mile at this stage. I finished at 4.53 ish, delighted medal in hand. I have just enough time to say hi to my brother before I'm shouting Sheila over the line. Delight beaming from us, Sheila had gone under 5 hours (4.58) for the first time in either 2 or 3 years. It was an awesome day.

I was pumped and dead on my feet afterwards. Would I do it again? Yes.