Published in Reports on 27th September 2015 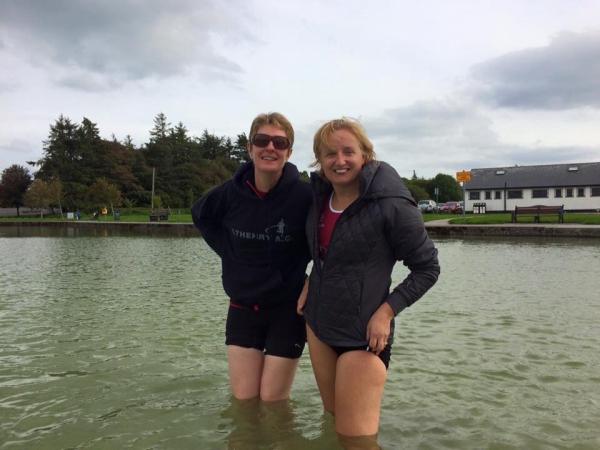 Just over 220 athletes took part in Loughrea Athletic Club's inaugural 8km road race today. There were two events, a Fun Run for children at 1.30pm followed by the 8km at 2.30pm. A new distance and new route, the race comprised of two 4km laps of the town (similar to the route for the 5km series). The route was flat (as advertised!) with an elevation of only 6 meters! The sun shone and temperatures hit an unexpected but glorious 18 degrees. It was hot! There was an onshore breeze as we ran in the direction of the lake which was welcome. Local residents were interspersed along the route cheering the runners along.

Stuart Moloney from Mooreabbey Milers won the race crossing the line in 25.23. Behind him Craughwell AC's Jason Broderick took second place clocking 25.37 with Michael Carmody finishing third in 26.12. David Noone was the first Athenry AC man home in 31.56, second and third Athenry men were Patrick Forde 34.19 and James Lundon 35.39. Others taking part from the club were Brian Burke 37.34 and Michael Glynn 52.42.

After the race we headed for Temperance Hall where Loughrea AC really showed their hospitality. Tables and tables of food! Sandwiches, buns, cake, cookies, etc. what a spread! There was very little (or no) guilt devouring all those delicious treats! And after that...some headed for the lake to soothe those tiring legs.

Well done to Loughrea AC for organising a great race. Hope to see you all again next year!