Published in Reports on 6th July 2016 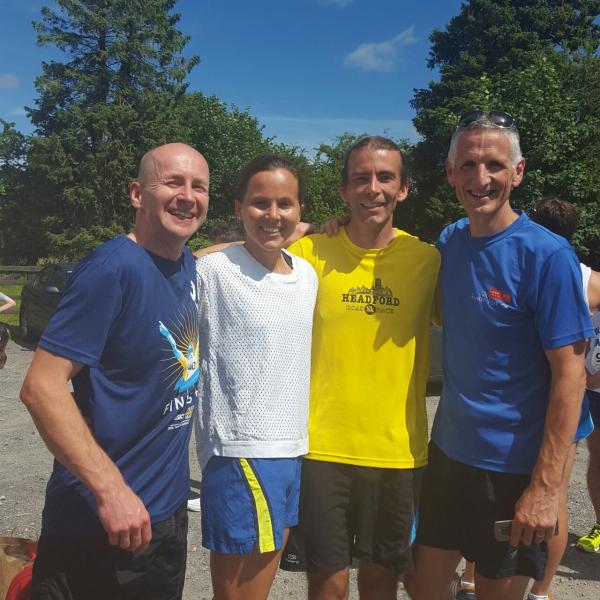 "What am I doing this for?"

Despite the number of times that question had popped into my head over the last few weeks, the only time on the day of the Ultimate Trails 55km that it crossed my mind was standing on the start line in the rain. I've been fearful of running long distances in wet weather after becoming close to hypothermic at the end of the legendary 2012 edition of the Greater Manchester Marathon and the thought of many hours in Lake District rain didn't fill me with much enthusiasm. That feeling was made even worse by the race director ending his safety briefing by telling us the course was actually more like 58km.

"Am I fit enough? Have I done enough hill work?"

I guess, these were the underlying questions. I'd run 50km before, twice, but on loops around basically flat courses in Irish forest parks. Ahead of me was a distance I didn't know if I could complete plus climbs to Kirkstone Pass, Grisedale Hause, Silver How, Blea Tarn and Loughrigg. As it turned out the climbing was fine, but my nemesis continues to be rocky descents. Having sprained my left ankle in both 2014 and 2015 on this kind of terrain I was determined to finish and paid for tentative, unpractised off road downhill running by losing places and time.

"What am I doing this for?"

Why would I risk this kind of terrain again? Ever since discovering that there was such a thing as mountain ultra running while working alongside Lizzy Hawker, the five time Ultra Trail du Mont Blanc winner (go and read her book "Runner" for some inspiration) I've wanted to see if I could do one. One of my dream races is the UTMB's little sister, the Courmayeur-Champex-Chamomix race. And on the start line in Ambleside there was the promise of qualifying points awaiting at the finish.

And how was the race?

The weather never managed to make its mind and I ran changing in and out of my waterproof all day. The climb to Kirkstone was entirely runnable thanks to numerous repeats of Letteragh Road in the weeks before the race. I even briefly found myself running in the top ten, before the technical descents started and I slipped back in the field. I had a bad, tired patch at about 20km just before the second check point. But the sandwiches and coke at the feed zone helped me through and on to the biggest climb of the day. Again, a few places lost on the technical portion of the descent but most of them were made up between check points three and four on a beautiful loop of Lansdale with some of the best views that England has to offer, even in the rain. I took some time at the final feed zone to make sure I'd eaten and drunk enough to get to the line. Yet even in the final 10km I was able to move strongly across the two climbs along the way back to Ambleside. About a mile from home, with only a steep tarmac descent left the noise of the finish line was obvious and I could push on to get in in 29th place from 449 runners in 7:06:27.

Would I do it again? Yes. Am I still dreaming of the CCC? Absolutely!