A Small Catch Up! 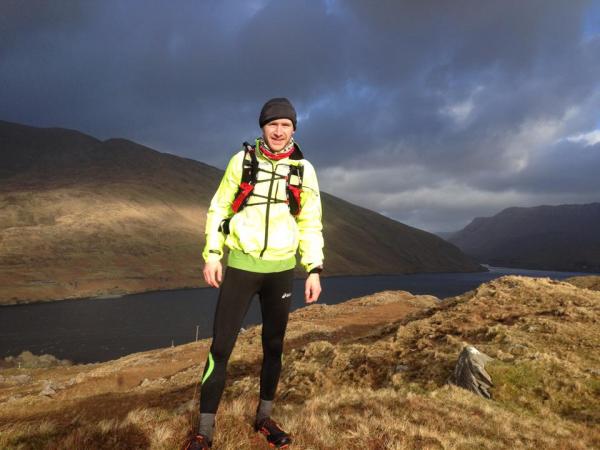 Just a small recap of recent events across the country & a bit further afield.

It was a successful couple of weeks in the states for our members as our previous Chairperson, Deirdre Hassett, completed the Boston Marathon in a brilliant time of 3.14.21. On an emotional day where an expanded field of 32,400 tackled extreme heat, Deirdre played a blinder, banking time early in the race to allow for the hilly second half & hit her target of sub 3.15. Elsewhere in the states Philip Magnier completed the Hy-Vee 10k in Des Moines, Iowa. In a field of 1310 Philip won his age category in a time of 46.01.

Closer to home last weekend we had three members taking part in the Athlone 10k. Pat Forde ran a 41.27 whilst there were PB’s for Siobhan Guinan & Claire Forde with times of 44.35 & 51.36 respectively. Further north Paul Hegarty took advantage of a trip home to Donegal to take part in the Ardara 10k, finishing in a time of 43.22 whilst Brian Somers headed to Inis Oirr to take part in what he reckons is the hilliest 10k in Ireland (excuses!!) finishing in 44.15.

After their Connemara exploits where they took the wins in the half & ultra marathons, Peter Brandon & Lezan Kimutai headed to Dublin where they had a fruitful couple of weeks. As part of the Brian Boru Millenium festivities, Raheny Shamrocks hosted the Battle of Clontarf 10m road race on Sunday 20th April where Peter Brandon was first home with a brilliant 50.07. Lezan was fourth finisher in 56.03 although it could have been a 1-2 for the visiting Kenyan’s as Lezan took a wrong turn whilst leading the race and lost a lot of ground.

Last Sunday both runners took part in the Samsung Night Run 10k & Peter again took the win in a time of 30.10. In what sounded like a great battle between Peter & current Irish high flyer, Mick Clohissey, both runners swapped the lead for the duration of the race until Peter pulled clear around the 6k point to establish a 20m lead. Mick fought back & retook the lead at 9k but Peter outkicked him to take the win by 2 seconds. In a similar battle for third spot Lezan also had the beating of Kevin Baker in the final meters to take the final podium spot by 1 second in 32.31.

In Craughwell last weekend Athenry had the first & second female finishers in the half marathon held by Craughwell AC. Ruthann Sheahan finished in a time of 1.41.00 whilst Mairead Sullivan was close behind in 1.42.51. The previous week, whilst still in recovery mode from her winning run in the Connemara Ultra, Ruthann ran a 3.21.50 marathon as part of the East of Ireland marathon series.

Last but certainly not least, David Noone & four of his mates undertook and completed a gruelling 115 mile run through trail, bog, mountain & road last Friday & Saturday. Starting in Oughterard on Friday morning & finishing 31 hours later in Ballycastle near Belmullet, Co. Mayo they ran through the night in gales & torrential rain but were not to be beaten. An absolutely fantastic achievement by all!

Not sure what you mean by

Not sure what you mean by 'other clubs are not doing this' - do you mean other clubs having foreign born runners that stand a good chance of winning the national championships running for that club ?

Lezan and Peter are fully paid up and registered members of Athletics Ireland and as such are completely entitled to run for their registered club Athenry AC in the national marathon championships if they so wish.