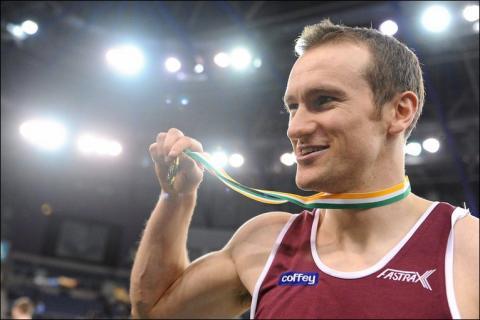 Sprinter gets amongst the medals at graduation

OLYMPIC sprinter Paul Hession may have missed out on a medal at the last games, but he took home gold in Galway yesterday.

The Athenry athlete was awarded a bachelor of medicine, surgery and obstetrics degree at NUI, Galway. To top off his achievement he also received a Final Medical Medal for Outstanding Sporting Achievement from the university.

He was one of 80 students who were conferred with doctoral degrees yesterday.

Sarah Cormican from Oranmore in Galway received eight out of 15 Final Medical Medals for her outstanding academic performance throughout her studies.

Every year, NUI Galway awards the Final Medical Medals to the student who receives the highest mark in each subject area.

Speaking at the ceremony, President of NUI Galway, Dr Jim Browne, congratulated each of the graduates.

"It is very encouraging to see the number of research and graduate degrees which we are conferring today.

"These graduate numbers continue to grow. From a base of about 50 doctorates per year at the turn of the millennium, we now confer up to four times that number annually," he added.

You once mentioned you might run our Fields 10k, would 2014 be the year when it finally happens?!