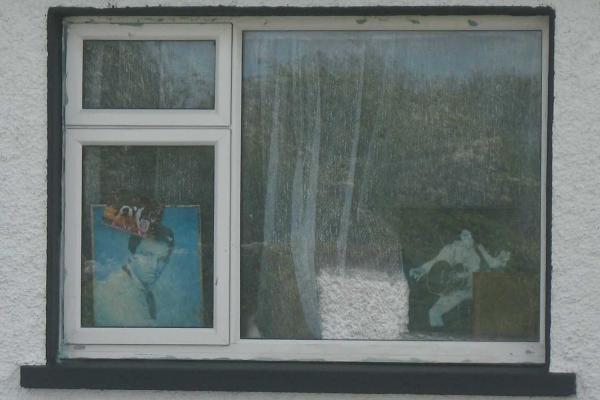 I've run the Craughwell 5KM course enough times now to have noticed most everyting there is about the interesting, and not so interesting, landmarks along the way.

The one thing that has always intrigued me can be observed just before the 4KM mark on the left-hand side of the road, in a little bunglow, multiple pictures of Elvis Presley in the front window.

Not that I have much time, or spare effort, to think of anything, winding(!) up for that last hellish KM but I do always try to spare a thought for The King and wonder if he really still is among us or did he actually die all those 32 years ago. (I am old enough to remember clearly that August day in 1977 when his death was announced at the very young age of 42.)

RIP, I think, oh and by the way, roll on tomorrow!

Look out for the old guy running in the "Blue Suede Asics" tomorrow.
The hips are killin' me :)

James, as you glide over the

James, as you glide over the ground for the last kilometer in CraughwelL, do not forget the words of the King-----"IT'S NOW OR NEVER"!!!!!!

lets hope we dont get the (kentucky) rain