Published in Reports on 8th December 2008 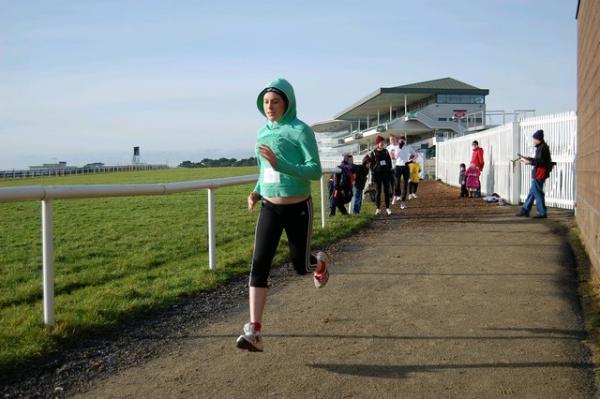 Eight hardy couples dragged themselves from weekend lie-ins, post-party stupors, family committments, and frost-skating to participate in the first ever Sweethearts relay at Ballybrit at noon on Sunday 7th. We had a couple of withdrawals but Clara Burke and Mick Rice happily showed up to complete the sets of teams in their place.

The race was a two-mile relay comprising a mile run by both the man and woman on each team. We used handicaps but, unlike our club championships, the race was run in "real time"; that is, teams began at staggered times depending on handicaps and the first over the line was the winner.

Have a look at other photos at http://www.athenryac.com/image-galleries/sweethearts-2x1-mile-relay.